Luthier Giannis Paleodimopoulos was born in Karpenissi, Greece in 1947 and studied Economics at the University of Stockholm, Sweden. He lived in Sweden for thirteen years, and in 1980 he met Karl Eric Gummesson, a Swedish maker of renaissance lutes and classical guitars. Under his guidance Mr. Paleodimopoulos began to experiment with stringed musical instruments.

After his return to Greece in 1983, he established his first workshop in the Old Upper Town of Thessaloniki in northern Greece, and in 1999 transferred it to a small village, Kato Sholari, near Thessaloniki, where he began to make classic guitars, and various Greek traditional stringed instruments, on a professional basis.
Since 1988, he has devoted himself to build classical guitars, using high quality materials, and his long-term experience on the subject, achieving successful results. For five years, he was the master teacher at the school of traditional instruments at Kastoria.
Giannis has now participated for many years in the greatest guitar festivals and guitar exhibitions around the world. His famous guitars are played in Germany, Switzerland, Cyprus, Portugal, Korea, Sweden, USA, Croatia, Serbia, Mexico, Turkey, and Greece.
In 2007 he won the bronze medal (3d Prize) in the 1st Classical Guitar Making Competition “Cremona Mondomusica”– Italy, where the 1st Prize was not assigned. Dominique Field, Matthias Dammann and Vincenzo De Bonis were but a few of the members of the jury of the competition, under the artistic direction of the maestro Giovanni Puddu. 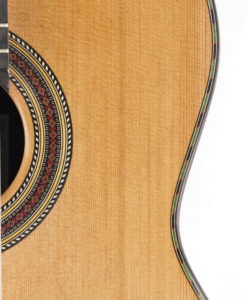 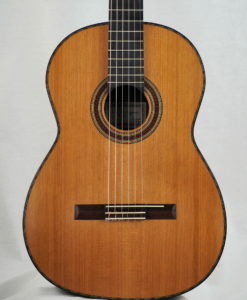