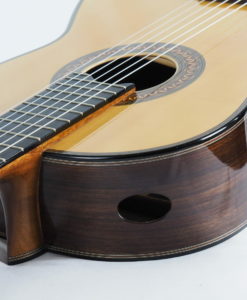 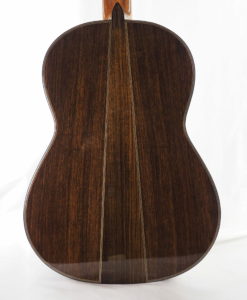 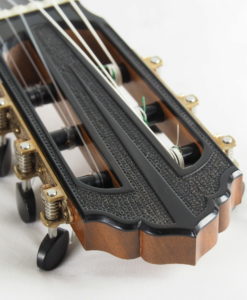 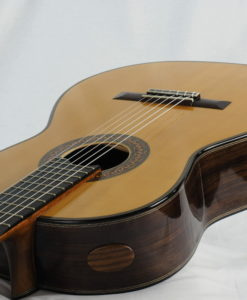 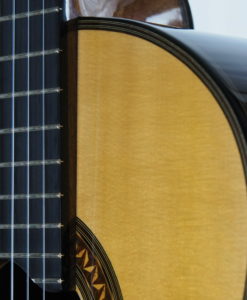 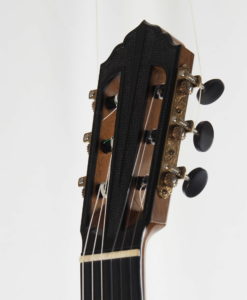 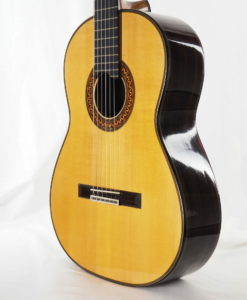 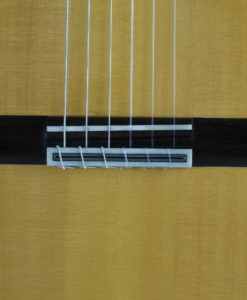 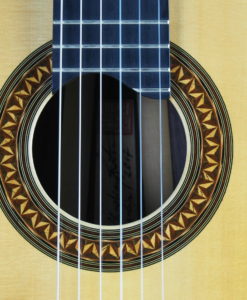 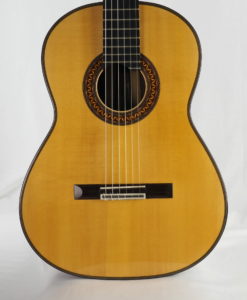 The new Double-top Balsa core from  the luthier Christian Koehn.

A double-top with all the sound quality of a great traditional guitar but with a amazing volume. Maybe one of the best double-top you could find.

The finest concert guitars are available at :www.guitare-classique-concert.frwww.concert-classical-g

The new Double-top Balsa core from  the luthier Christian Koehn.

Christian is a young luthier from Berlin – Germany who build amazing traditional guitars which include an innovative turnavoz inspired by the bass-relex systems on the upper side which brings sustain and warm colors. One the best traditional guitar for sure.

Because double-top guitars moslty increase the volume  without changing the overall tone of the guitar, Christian decided to produce its own double-top guitar which of course could keep all the musicality of its traditional guitars. To achieve it, he choose to use Balsa instead of Nomex.

We have been lucky to get one his first double-top balsa core guitar. The result is fabulous. Same tone as his traditional guitar with more voume of course and more musical potential.

The guitar offers as its traditional guitar  a 3 pieces indian rosewood and a cedar top. The overall color of the guitar is rather cler with however big medium and basses but with a huge sound and a long sustain. The playability is excellent. The craftmanship is amazing.
There is a soundport on the upper side .

The spruce outside top brings some clarity to the guitar. The tone is very close to the ones of the best guitars that we had but with some clarity and a great balance. The bass are big and deep.The string separation perfect.

Here are some information on Christian taken from hs website :

I was born in Berlin on the 1st of January 1976 and grew up in this wonderful and unconventional city. When I was 12 years old my parents gave me a classical guitar and, quickly, I was fascinated by its sound and its simple yet perfect shape.

During my studies in agriculture I spent a lot of time in libraries. That is where a copy of Roy Courtnall’s „Making Master Guitars“ fell into my hands. This was a very inspiring moment in my life.

In my one-room student apartment I made my first guitar. Looking back, it wasn’t particularily beautiful, but it sounded better than any guitar I could afford at that time.

I contacted Roy Courtnall and, shortly after, was on my way to England to study with him at Newark College. So I learned how to make classical guitars in the traditional way. During my studies I was also instructed by Tony Johnson, Malachy Brady and James Lister. I also visited Paul Fischer’s and Gary Southwell’s workshops.

In 2006 I graduated from International Guitar Making School (Newark College). I received a diploma with distinction and was awarded the Ashley Mark Publishing Prize (Classical Guitar Magazine UK) for being the best in my graduation class. After that I took the opportunity to acquire a deeper knowledge in the art of restoration and repair at Newark School of Violin Making. There I met my wife, the violin maker Thilde van Norel. In 2007 we moved to Berlin. We have two children and share a workshop in Kreuzberg.

After all this experience I still have this one desire: to build the next guitar – and to make it even better.