Everybody knows the family Ramirez and we all are grateful to them for the 1970’s innovative guitars such as the 1a.

Here is some information borrowed from wikipedia:

Ramirez without a doubt not only is the most well-know maker of flamenco and classical guitars in Spain, but historically the Ramirez family has one of the most influential as well. The firm was founded in 1882 José Ramirez I (1858-1923). José trained included brother Manuel Ramirez (1854-1916). Almost all of the luthiers in Madrid over the last 100 years can trace their lineages to these two guitar makers (Modesto Borreguero, Domingo Esteso, Santos Hernandez, Faustino Conde, Marcelo Barbero, Arcángel Fernández, Rafael Casana, Enrique Garcia, Francisco Simplico, Julian Gomez Ramirez, Antonio Viudez). José Ramirez I also trained his son José Ramirez II (1885-1957) as a luthier. José Ramirez II, in turn, trained his son José Ramirez III (1922-1995). Under José Ramirez III who was one of the most innovative luthiers of the century the shop expanded tremendously, employing many famous luthiers who now have their own shops — Paulino Bernabe, Alfonso and Pedro Contreras, Felix Manzanero, Ignacio Rozas, and Mariano Tezanos to name but a few. Andrés Segovia, Christopher Parkingson, indeed the list of famous players is too long to recite, play Ramirez guitars. The Ramirez shop employs seventeen master luthiers and several assistants.  Jose Ramirez IV (1952-2000), a talented luthier who was trained by his father, continued this shop’s proud tradition of building fine classical  and flamenco guitars. With his death, Ana Ramirez, who was also trained as a guitar maker by her father, Jose Ramirez III, has taken over the firm. 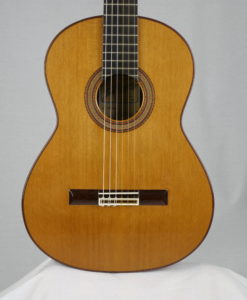 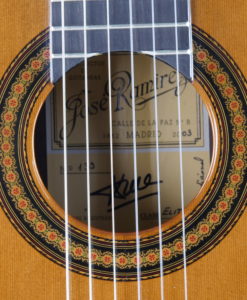 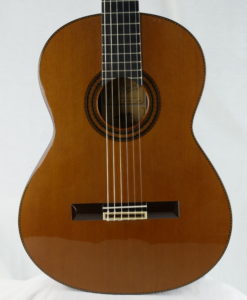 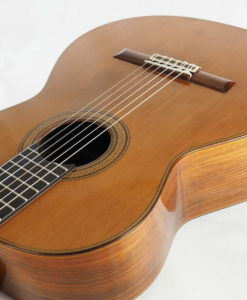 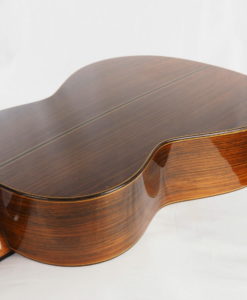