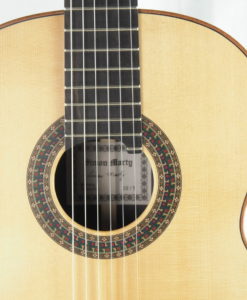 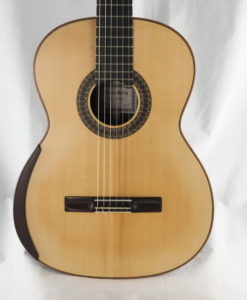 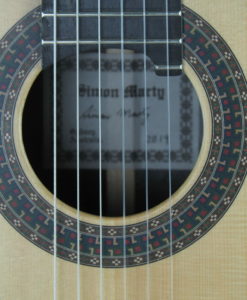 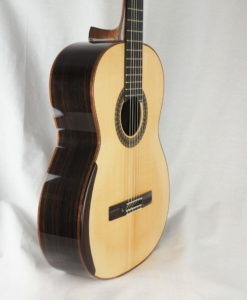 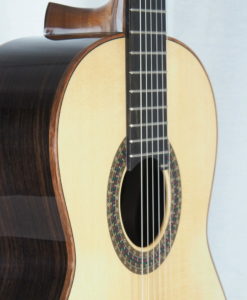 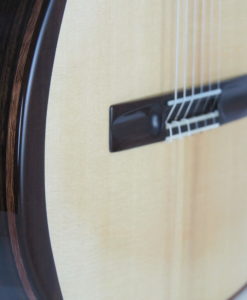 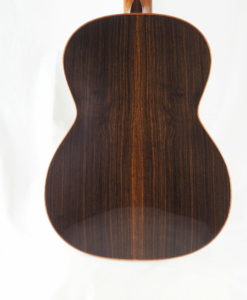 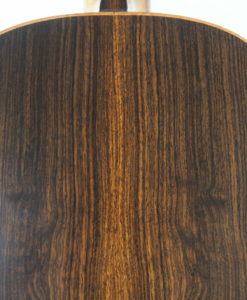 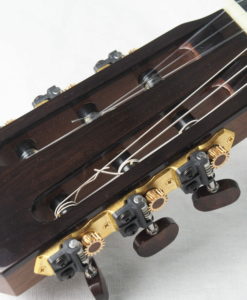 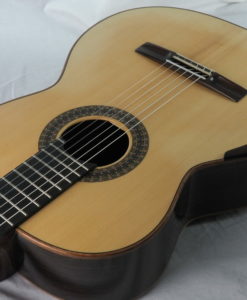 The last new guitar that we received from Simon Marty was in 2013 mostly because Simon has a long waiting list.  Here is the chance to get a Spruce top / Indian rosewood guitar from Simon Marty just coming out of his workshop. It is really a dream guitar, the sound is pure, crystal-clear and mellow. The video review will be recorded end of this December, so to keep you waiting here are some videos of Jeremy Jouve and Anabel Montesinos playing their spruce Marty guitars.

Luthier Simon Marty 2013 Smirnov www.concert-classical-guitar.comHere is the chance to acquire a 201

The last new guitar that we received from Simon Marty was in 2013 mostly because Simon has a long waiting list.  Here is the chance to get a Spruce top / Indian rosewood guitar from Simon Marty just coming out of his workshop. It is really a dream guitar, the sound is pure, crystal-clear and mellow.

Simon Marty guitars are among the very best. It has a big sound and wonderful tones with a huge string separation and crystal-clear trebles. The playability is great. The different types of wood used are wonderful.

No surprise that so many concert players play Marty classical guitars.

An obsessive and consuming interest led to Simon departing from his career as a research scientist to build guitars full-time (engineering now being a spare-time activity) and to continue their evolution. While Simon is not interested in building fully traditional instruments, the aesthetics and fundamental Mediterranean quality that attracted him to the guitar in the first place remain the guiding principle of his work.

Simon has developed the radial bracing concept. His tops are not as thin as with the usual Australian guitars. This thickness gives the sound a woody natural sound which is producing a lot of overtones. The notes are clear but also plain and creamy with a very long sustain.

His guitars are played by numerous artists such as – Irina Kulicova, Jérémy Jouve, Karine Schaupp – who choose his guitars for their musicality. 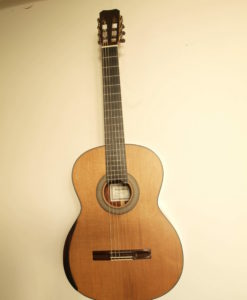 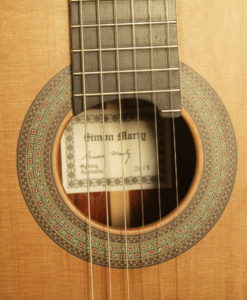 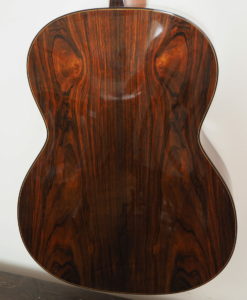 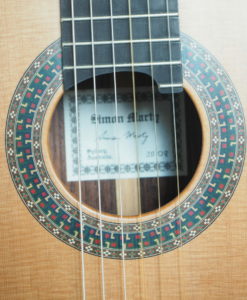