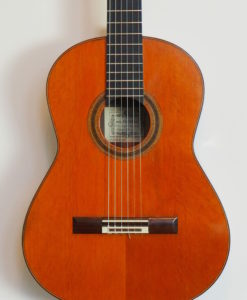 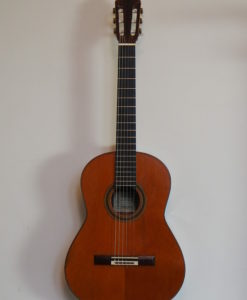 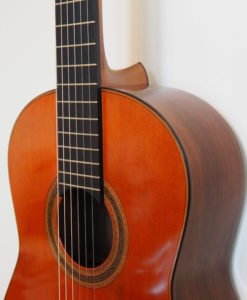 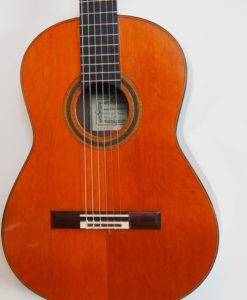 This n° 586 belonged to a unique professional player who took a great care of his classical guitar. The guitar is in perfect condition , no repair. The top has been repolished some year ago by M. Daniel Friederich himself.

This No. 586 Daniel Friederich has been sold. Contact us if you are looking for a Friederich, we will put you in our Friederich wish list and you will be informed in advance.

My earlier guitars were relatively simple, pleasant to play, and the sound was quite explosive. Since about 1973, I have increased the weight and the guitars have more sustain, and a richer, sweeter sound, but they are still easy to play. (On the whole, modern guitars seem more difficult to play than those made thirty to fifty years ago, although they do give more vigor, contrast, color, sustain, and have more timbral and dynamic possibilities).