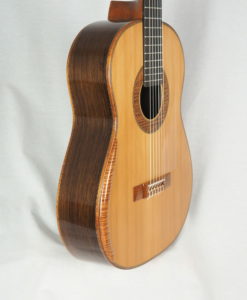 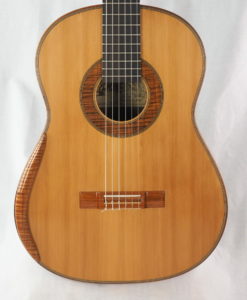 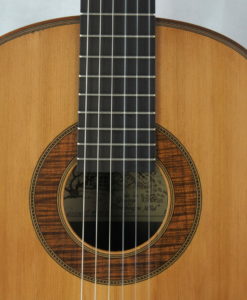 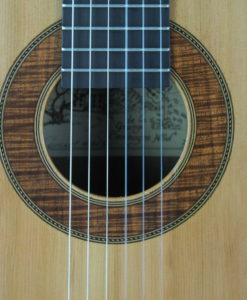 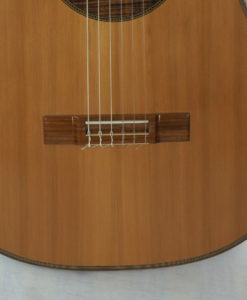 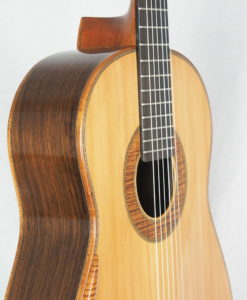 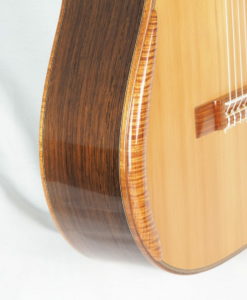 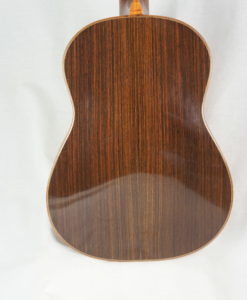 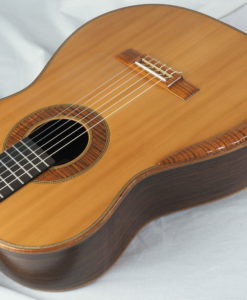 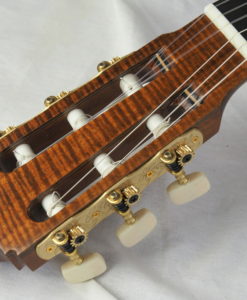 We just received the No 105 from 2016 which is really in line with the latest guitars from Graham. You will find the same musical qualities for which Graham Caldersmith guitars are famous: a warm-sounding guitar with creamy and singing trebles. A classical guitar with a big personality. The back and sides are in a stunning Indian rosewood: magnificent. Mint condition!

This No. 105 from 2016 offers, as usual, the same musical qualities for which Graham Caldersmith guitars are famous: a warm sounding guitar with creamy and singing trebles. However, Graham made some important changes: Whereas the former Concert Models were very dark, there is some more brightness which definitely balanced the warmness which is Graham sound signature. A classical guitar with a big personality. Loud with a large range of sounds,  very loud basses, dark trebles with great playability. Many french guitarists are playing on Caldersmith guitars. The trebles are creamy and thick and sing like perfection. The tick notes are wonderful and fill up the easily big concert hall. Lots of musicality. Mint condition as new !

The magnificent cedar soundboard is superbly enameled; the sides are made of a classy Indian rosewood, Australian cedar neck, Schaller actions, Padouk bridge, and the head veneered with blackwood. All the woods are of Australian origin, the result of years of physics and acoustics research by Graham Caldersmith.

The Caldersmith is a very well-balanced guitar from the sound point of view; the bass notes are deep and powerful, the mediums are there but not invasive, and the high notes are very resonant with an incredible length of the sound. But the really spectacular aspect is the harmonics, which are released with every note: you feel sustained, enveloped, each phrase played is in three dimensions: clarity, depth, and harmonic resonance.

Everything becomes a pleasure, whatever the style of music you play: baroque, classical, romantic or contemporary. It adds richness, intensity, brilliance, and dynamics, and it’s left to the musician to vary his playing style and simply interpret the music! 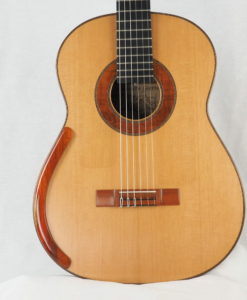 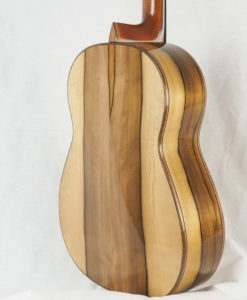 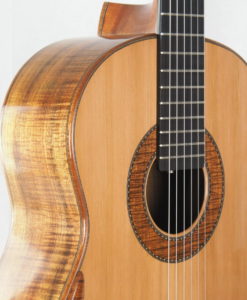 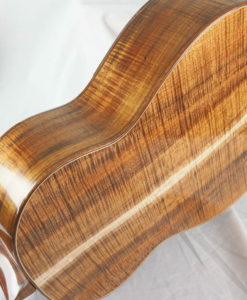 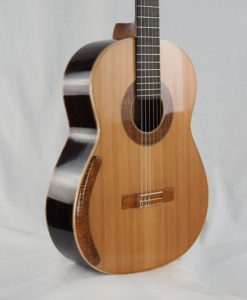 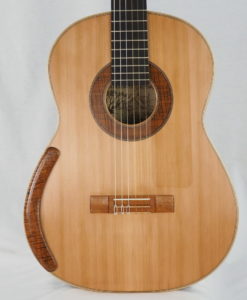