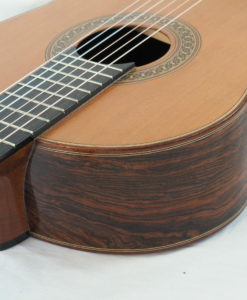 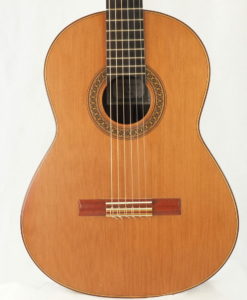 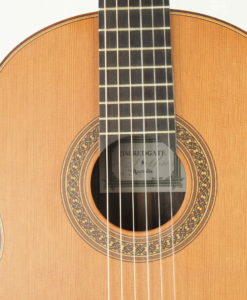 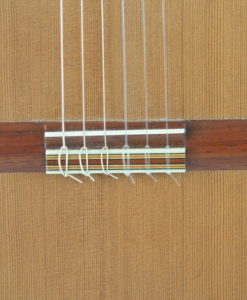 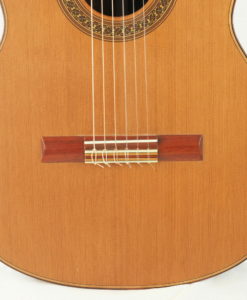 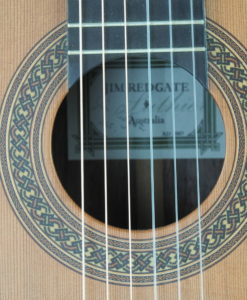 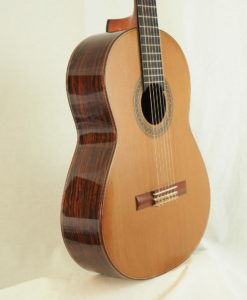 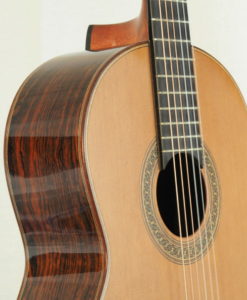 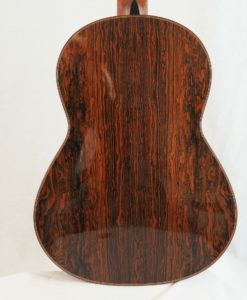 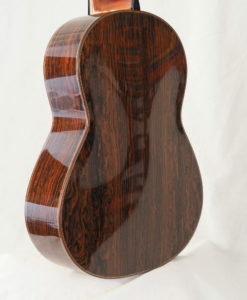 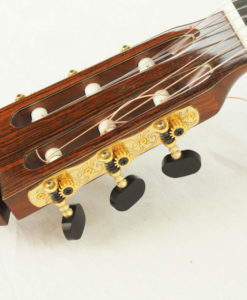 This wonderful luthier guitar from Jim Redgate has been sold.
For once, a rare classical guitar from Jim Redgate featuring a Master grade cedar top nice South american rosewood and of course the magical sound of Jim guitars. This 2007 is in an amazing very good condition. We will shoot the video of this guitar next month and to keep you waiting here are some ‘old video’ of former Redgate that we sold.

Chosen by Ana Vidovic, Jim Redgate’s lattice guitars are among the best in Australia. This is a unique opportunity to acquire a 2007 classical guitar by a guitar maker at the height of his art. With the following options: armrest, elevated fingerboard ; a Hiscox hard case.

This guitar offers a great cedar top with a huge string separation, sparkling trebles and resounding depth across the lower registers. The sustain is incredibly long with very thick notes.

Here is some information borrowed from the web on Jim Redgate:

‘Jim Redgate is an Australian classical guitar luthier, who owns Redgate Guitars. As from 2012, he has been making four models, the lattice-braced, the double-top, and the new wave double-top and traditional fan braced. His customers include Pepe Romero, Ana Vidovic, Ralph Towner, Slava Grigoryan, Leonard Grigoryan, Bertrand Thomas, Jeff Young, Gareth Koch, Odair Assad, Wolfgang Muthspeil, Karen Schaupp, Emmanuel Rossfelder, Hucky Eichelman, and Phillipe Mariotti.[1] One author said of him, « Like fellow Australian Greg Smallman, Redgate builds his (lattice braced) guitars with an arched back to improve their volume and projection, and he uses lightweight carbon fibre reinforcements under the soundboard. While not as thin as a Smallman’s, Redgate’s soundboards are much lighter than traditionally braced examples, and his guitars are therefore more responsive, energy efficient, and louder than traditional classical instruments’. 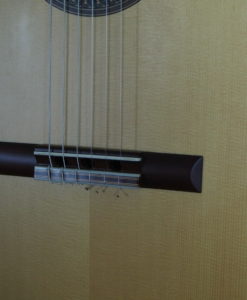 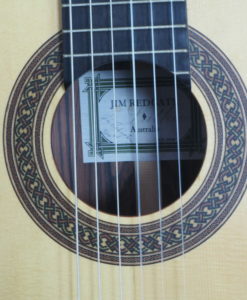