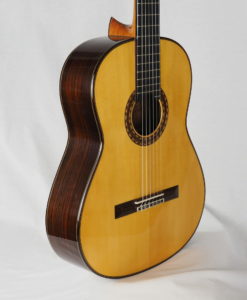 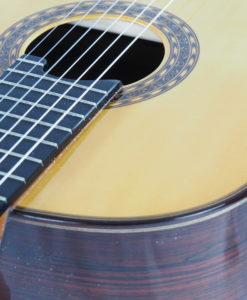 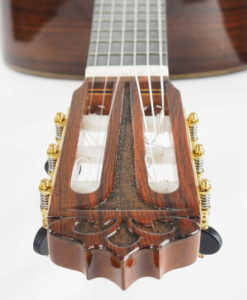 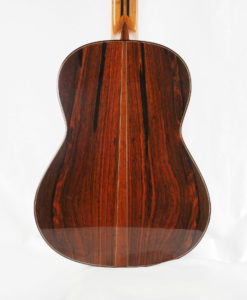 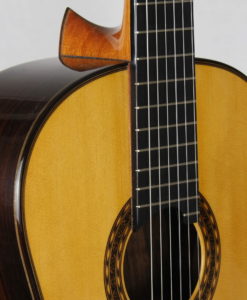 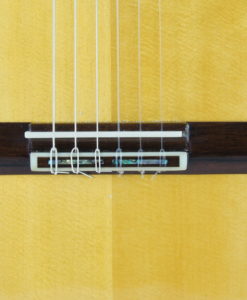 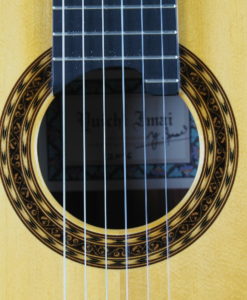 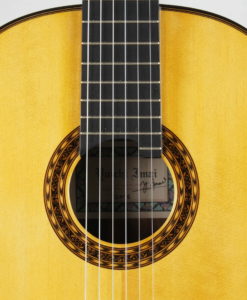 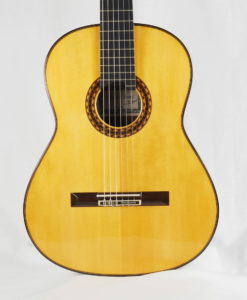 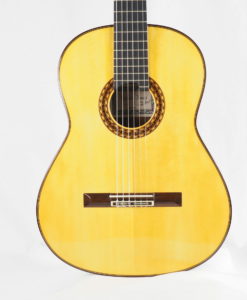 A great opportunity to acquire a 2016 guitar from one of the best Japanese luthier Yuchi Imai. Close to Mint condition.

We haven’t had one of Yuichi Imai’s classicals before, but are nonetheless impressed by the depth of tone and somber, warm timbre of this 2016 Madacascar Rosewood back and sides and spruce top. This instrument has a rich, well-balanced tone and excellent sustain. We will add our videos in September so to keep you waiting here are some recordings found on YT.


For more information contact us using the form below

A great opportunity to acquire a 2016 guitar from one of the best Japanese luthier Yuchi Imai. Close to Mint condition.

Yuichi Imai is one of Japan’s most revered and experienced luthiers, being an independent maker since the opening of his own workshop in 1971. Several top players including Aniello Desiderio, Frank Bungarten and Alvaro Pierri have played Imai guitars. Very few of his guitars are exported due to the high demand in Japan, so it is a pleasure to have one for offer here in the United States.

We haven’t had one of Yuichi Imai’s classicals before, but are nonetheless impressed by the depth of tone and somber, warm timbre of this 2016 Madacascar Rosewood back and sides and spruce top. This instrument has a rich, well-balanced tone and excellent sustain.

The luthier Yuichi Imai is one of Japan’s most revered and experienced luthiers. Born in Tokyo in 1949 he apprenticed with Akira Akira Nakade at age 19, and studied with him before opening his own workshop in 1971. These days he’s considered one of the utmost influential Japanese luthiers with a great international reputation. With Masaki Sakurai, Yuichi IMAI stands for the ‘japanese’ lutherie school. Inspired originally by the Spanish school , Yuichi guitars offers now a craftmanship quality which overpasses the original spanish master. The sound has been as well refined and is now rated among the best delicate guitar sounds that you could find. Warmness, thickness, string separations are what characterized his guitars.

The 2016 Imai classical guitar is in MINT condition and belongs to a famous concert player. The craftsmanship is exquisite as well – of note, it has a lovely and elegantly carved head relief, and a rich herringbone patterning in the body and rosette purfling. Sound-wise, this is a powerful concert guitar with ample volume and weighty presence that is reminiscent of the great Madrid instruments from the 1960’s and 70’s. The basses are firm and steady while the trebles are thick, balanced and cleanly separated, making this an incredibly versatile instrument for any musical setting. The spruce top brings to the guitar clarity and moslty a nice string separation but with a soft tone.

The condition is virtually flawless, sonically the guitar sounds like you would expect from a upper-class Imai Concert guitar, colourful and very transparent with lots of sustain and exceptional well Balanced. The playability is excellent with comfortable low action.